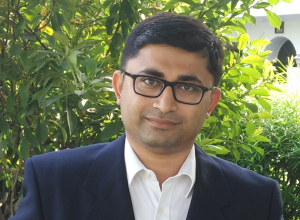 As the AOAC India Section ramps up for their 7th Annual Conference in February, we spoke with section president Dr. Ranjan Mitra about the challenges and rewards of advancing food safety in a country that contains nearly a fifth of the world’s population.[1]

Since its launch just eight years ago, the Section has grown in influence and is now a key partner of the Food Safety and Standards Authority of India (FSSAI). In fact this year’s conference is being produced jointly by the two organizations. Together they are planning a gathering geared to practical solutions. “We’re focusing on outputs and outcomes that can touch lives in hot topics like allergens, veterinary drugs, method harmonization, laboratory compliance, and rapid method development in microbiology.”  Botanicals, a traditional part of Indian Ayurvedic medicine, were featured in the previous meeting and will be again this year. “India is a land of herbs,” says Mitra.

Method harmonization is perhaps the biggest challenge in India. This enormous country with more than two thousand ethnic groups[2] has great diversity in foods and their matrices. Similarly, agricultural practices range from traditional to high-tech. “What we need is crosscutting, harmonized methods that we know apply here,” says Mitra. He believes applying an Indian perspective is critical to demystify the process. “What is the percent confidence? How can we work to harmonize these methods to an acceptable level?”

The inspiration to create an AOAC section in the Indian subcontinent came from discussions at the 2010 Annual Meeting of AOAC INTERNATIONAL. The Section launched in December 2011 and held its inaugural seminar in Mumbai in April of 2012. It was soon recognized as a reliable, credible partner by Indian regulatory bodies including the FSSAI and the Export Inspection Council (EIC). In 2017, a Memorandum of Understanding between AOAC India and FSSAI formalized the partnership. The Section currently has around 300 members, and Mitra says it is dedicated to fostering young talent. “We get young people involved, give them a leadership role to play; it adds a lot of interest.”

One of the Section’s first projects was a collaborative study on Vitamin B12 for Indian Infant Formula and Adult Nutritionals. While many validated methods existed, it was unclear how well they translated to the very different matrices in India. “That was the start of the journey,” says Mitra. “We made mistakes, but kept going and we learned a lot.” Last year their paper confirming that these methods do work on common Indian matrices was published in the Journal of AOAC INTERNATIONAL.

“We’ve gained a lot from AOAC INTERNATIONAL mentorship, and we try to give back,” said Mitra. “AOAC methods are great, but Indian matrices are very different. There was some feeling that these methods just wouldn’t work here, but we were able to show this is not the case.”

“The crux of the matter is that people want to use validated methodologies, but they need to be trained,” says Mitra, “India needs SMPRs, but the logical way to proceed in India is to identify experts and existing SMPRs that are applicable, then tweak them. Then we can take it from there.“

This past November, the Section delved into the issue of veterinary antibiotic residues in food in a meeting on “Challenges & Solutions for Antibiotic Residues in Animal Origin Food – Indian Perspective V.” in collaboration with Nestlé India. The meeting attracted over 100 attendees from global and domestic industry, regulatory organizations, instrument companies, and academia. Attendees discussed the need for a cost-effective multi-residue screening methodology, learned about AOAC standards and method validation, and heard from Nestle about a methodology that can potentially identify 150 residues in a single run.

AOAC India is deeply committed to communicating what they do and why it matters. In addition to numerous collaboratively produced webinars, in 2019 they created an e-learning series covering topics from statistics to nutrition, instrumentation, and regulations. The 65 videos, produced by volunteers in the Section and fifteen instrument companies, focus on moving viewers from the basics of analytical science to a more comprehensive understanding.

AOAC India also works with FSSAI on NetProFaN, the Network of Professionals of Food and  Nutrition in India, bringing together a pool of experts in diverse topics such as food safety, food science, nutrition, culinary and public health from across India in a 3-D approach to educating people and protecting public health. “Analytical science can seem boring and distant,” notes Mitra. “It’s important to translate that into simple language that shows how it touches people’s lives.”

Get weekly news from AOAC on science, events, training, and more - Subscribe now!